Its been a quick week since we arrived in Brisbane on August 9th. We were picked up at the airport by one of Florence’s good friends Deirdre Rynn, who kindly took really good care of us for the two days we stayed with her. She made us feel right at home and went to a lot of trouble to give us the perfect introduction to Oz. If your reading this Dee, then thanks a million to you and Paul for all you did for us. Your a star 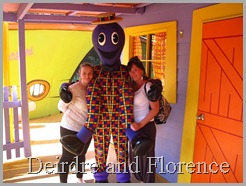 The day after we arrived Dee had a day in dreamworld planned for us. Dreamworld is one of those adventure parks that also combines a waterpark. We spent a few hours here and had a great time. The park itself was very quiet and therefore we were able to wander around at ease with no trouble at all.


We got to feed Kangaroo’s which was pretty cool and also got to get a few photos taking with a Kuala bear…again very cool in my opinion.

Dee droped us to our campervan rental company, which was called Jucy campervans! We rented one of these to serve as both our accommodation and transport for the three weeks we planned on coasting up North towards Cairns. The campervan itself is self contained and despite its small appearances on the outside, its actually a perfect fit for two people.


I won’t go into detail about the contents of the camper, needless to say its perfect for what will need it for and its so cool to be able to just pull over and cook up something to eat and even go for a quick nap if needed.


Since its just myself who’s doing the driving for the duration of the trip along the east coast, we planned on driving from Brisbane to Cairns and then coming back down to Brisbane to catch our flight back to Asia. This trip is a total of 3,400km! Now I don’t mind long stints driving but when the scenery is so God dame boring for hours on end, then it takes its toll.
After we left Brisbane we drove about 100km north to a little quaint town called Mooloolaba which in pulled up outside a backpackers hostel for the night and slept in our new mobile sleeper!


First thing next morning was the 6 hour drive up to Hervey bay…all of 500km away. This was a really boring drive along the Bruce highway and apart from two pit stops there was nothing to comment about.


Hervey bay as most of ye know is the gateway to the Frazer islands and home to a lot of backpackers. We heard a lot about Frazer island. However, we discovered that although you can get the ferry and self drive on the island, you need a 4×4 vehicle to do so, and our campervan rental company does not allow their campers on the island. That coupled with the fact that it costs a ridiculous amount of money to get their, we felt it was not worth the extra cost. We would have to find a place to park the camper before heading off to Frazer island and it was just too much hassle in our books.
So we spent two days in a camp site in Hervey bay just wandering around the local beaches and chilling.


A lot of you that have travelled along the same route and visited Frazer Island might be thinking that we are absolutely crazy for not going. We just couldn’t justify the costs involved for a tour($200 per person per day). If we hadn’t the camper then we would have gone for sure.


Then what’s the point of going all that way along the coast if we aren’t going to do any island hopping etc I hear you ask? Well, the reason why we even came to Oz, was basically to get a feel for it and to just drive along the coast on a road trip. We never had any intention of doing the whole scenic party island tour as we are on a daily budget designed for 7 months in Asia. Its wild, and I mean wild expensive out here in Oz and we didn’t factor that much into our plans when we booked to travel here at the last minute. In saying that, we are fine just as long as we don’t go blowing everything on trips here that we can do back in Asia for next to nothing. Not the same thing I know, but we have another three months in Asia when we leave here so got to be realistic.
I’ll get back to the price of things later on….

Anyways, so after Hervey bay, we drove up to Rockhampton, which was another 400km drive and equally as boring as before. The only thing of interest along the route was the countless dead kangaroo’s that lay peppered to death after been smashed by vehicles. Not that I liked seeing dead kangaroo’s, its just I ended up counting as many as I could in order to keep me from going insane.


Rockhampton is the beef capital of Australia and has something like over two million cows within a 100 mile radius. The smell of beef in the town is meant to be pretty whiffy! We took one look at the place on arrival and ended up driving about 40km past it, ending up pulling into a rest area off the highway for the night. At this stage we were shattered and hadn’t eaten all day and we were looking forward to a meal of pasta and sausage cooked on our gas stove under the moon and stars. It wasn’t until the sausages were half cooked that our gas ran out! Yes….we forgot to get more gas and so we had to settle for a bowl of cornflakes as our meal! I had no intention of driving in the dark back into beefhampton just to get something to eat after a full days driving already done.
We won’t make that mistake again I may add! 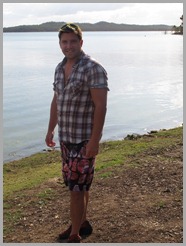 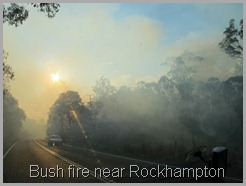 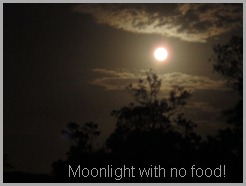 After this overnight stopover it was another few hundred kilometres to a city large town/small city called Mackay. This is where we currently are and will spend a few days here.


Mackay is literally in the middle of nowhere in my opinion. Its home to endless sugarcane fields and I think its the largest sugarcane production location in the world…not sure about this but I think I read it somewhere.
So that’s where we are at on our journey here. I honestly don’t think I can stand another 900km to reach Cairns. It wouldn’t be so bad if we hadn’t to drive all the way back to Brisbane….but we do.
From here I don’t know what the plan is going to be. Neither of us are interested in going any further north. We might just head inland a little bit and do a kind of loop back down to Brisbane. There’s only so much of that Bruce highway that a man can take in a short period of time.

Impressions of Oz so far….


So as I mentioned early the price of things out here is literally horrific. I say that coming from land of the cheap cheap, aka Asia! It’s a big shock coming here from Asia. I had no idea how expensive it was going to be in relation to back home. With the Australian dollar coming in at $1.35 to the Euro its not a great deal for us. I’m convinced that the Euro is on the way out.


So like I said, everything is a lot more expensive than we’ve grown used to. The minimum wage over here must be around the $30-$40 per hour range. And then its easy to see how things aren’t that expensive. Fuel is $1.45 on average so its ok I guess. For a smoker its $16 a pack. Food is very expensive compared to back home. And drink is along the same lines also. Luckily we got the camper as to eat out all the time would be crazy.
Florence went into a convenient shop the other day and got a can of coke and loaf of bread. $10 please!

So far my impressions of this part of Australia haven’t been what I was hoping they would be. Don’t ask me to try and explain that, as I don’t even know myself what I was expecting. I keep comparing it to the west coast of America road trip we did back in 2008 for a month. Having been the the states numerous times, I love it there and so maybe its a bit unfair to use that as the yardstick for my comparisons to here in Australia. But I can’t help it

. So far, it doesn’t even compare in my book. Ok, the weather is unreal when you consider its winter time here and we are out sun bathing like the big tourists we are. Anyways, I’m not going to rant and rave about it any more as I’m guessing most of you are thinking I must be gone crazy to be thinking like I am.


So before anyone starts screaming at me for thinking Oz isn’t heaven on earth I’ll sign off. I’ve a dinner to cook and a couple episodes of breaking bad to get though before I call it a night