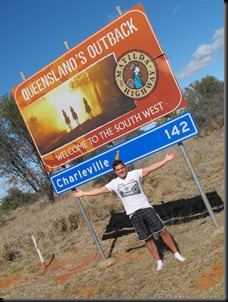 It’s been quite the turn-a-round in the past week for the Australian part of the trip. The first week was a little of a disappointment for us in terms of expectations, but the past week has been the total opposite!


We decided after we reached Mackay along the east coast that we had enough, and sat down to see what our next move was going to be for the other two weeks here. I had a look at the map and figured that Alice Springs in the centre of Australia was a bit out of reach for one driver to get over and back to. The outback has long been a travel goal of ours so we decided that we should at least get as far west as we possible could in the time frame we had left.
So off we went from Mackay on the East coast last week and spent a night at Armstrong beach in a little costal town called Sarina before heading for the outback! 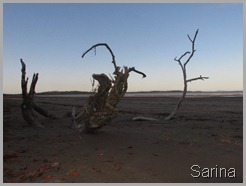 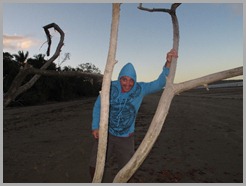 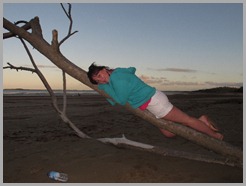 After a 400km journey west into the Queensland outback we arrived in a small gold mining town called Clermont. This place was amazing in that it was your typical out of the way ghost town, but it had a population of 1,500 or so. It had a fantastic atmosphere about it and we ended up staying two days there just wandering about a soaking up our first taste of the outback.


The drive into the outback from the coast was really amazing in that the scenery gradually changed from lush sugar cane fields to dry desert wilderness. The red soil that I always associated with the outback was present after a few hours inland. This make for some really spectacular views along the way.


As I said, Clermont was a huge gold mining town way back, and still gold fossicking has a big part in the towns economy. We arrived just in time for the 150th annual celebration of the gold mine rush in Clermont so we made an appearance at the festival which contained a few stalls and a 2 man band that would make an episode of Father Ted on Craggy Island look like a metropolis!


After Clermont we headed to another slightly bigger town called Emerald for a night. This was a modern town and had a lot more to offer the tourist in terms of amenities etc.
We ended up feeding a few wild birds while out for a drive while here and had a really nice time exploring the surrounding gold towns of Rubyvale and Sapphire!


After we left Emerald we headed due west another 500km to a really cool town called Barcladine. This town has an immense history and is known as the “Garden city of the West” as its in the heart of the Artesian basin, which provides the land with water. We are told the basin contains more the 200,000 times the amount of water that Sydney bay holds, so they won’t run dry anytime soon! 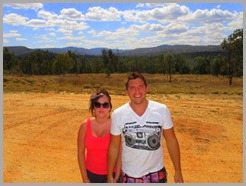 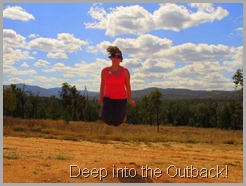 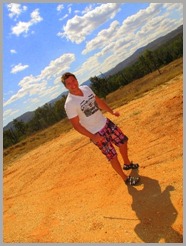 A lot of the photo’s I’ve taken of the scenery here won’t do the place justice. It’s an extreme environment and although its still basically winter here the sun cracks the stones during the day and it gets very cold at night. Summer would be an altogether different story for travelling in a campervan in my opinion.
Having visited death valley in the Nevada desert on two occasions, both in the extreme heat of the summer I can appreciate how difficult it must be to live out here during the summer months. 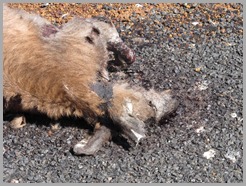 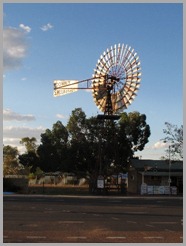 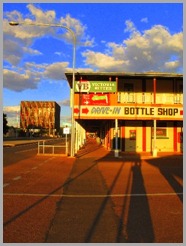 While we were in Barcladine, we did a tour with a bushman who’s lived out here for most of his life. This guy was a real character who would give Bear Gryll’s a run for his money with his survival skills pertaining to the bush anyways.


The tour took us off the beaten track and into the remote parts of the outback. The tour took a full day and was an unbelievable experience to get an insight into the history of the Aborigines and how they lived. We visited some awesome old ruins of towns from the 1800’s. The stories and banter from our guide really made the tour something that we’ll never forget. While tourists come out this far into the outback, very few actually go off the beaten track due to the dangerous nature of doing so. With that in mind, it was a great experience to see as much as we did. 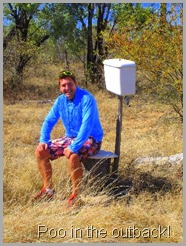 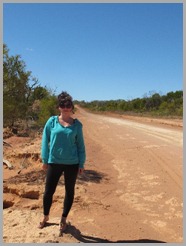 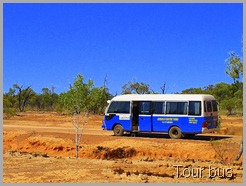