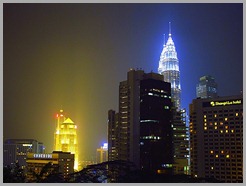 We arrived by overnight train from Kota Bharu into Kuala Lumpur Saturday morning after a very comfortable thirteen hour journey. The comfort was attributed to the personal 1 berth bed cabins we each had. We boarded the train at 7pm and I was out for the count by 10pm(thanks to a valium for that)!
The train was a little noisy to begin with as there were at least three young babies with their mothers sleeping underneath and beside us, but thanks to the noise reduction headphones I brought along for the trip….I heard sweet FA!


When we got out of the train terminal in KL, we quickly realised that something was up in the city as there were literally hundreds of cops racing around the place and a chopper hovering over us. It turned out that there was a big NGO protest/march taking place in the city centre from 8am – 6pm that day and that the city was in lock down mode. This meant that no form of transport was able to enter the city centre except trains. Therefore our taxi driver could only leave us at the nearest monorail station. This was fine as we had no where to stay so we ended up getting a nice room bang in the middle of where the protest was going to taking place(i.e the city stadium)! This area is known as Petaling street and it forms the heart of Chinatown in KL.


We were approached by a local media reporter and photographer for a quick interview regarding the protest, in relation to how we viewed this march from a tourist point of view and did we feel threatened etc. We were informed not to wear any items that contained the colour yellow as this was a colour that would offend the protesting party on this very day!
It turned out that there were hundreds of arrests made during the day and the police were forced to use pepper spray and other forceful means to keep control of the situation. The march was basically organised by the people of the city to make a stand against the government as they were getting cheated and deceived over various rights. Sounds like Ireland isn’t the only country getting shafted by the big boys!
Chinatown itself is a bustling vibrant spot and a stark contrast to the area(bukit bintang) we stay in last time we were in KL. Countless markets selling everything and anything, and food stands saturate the whole vicinity of Chinatown and its really an experience just to walk through it. 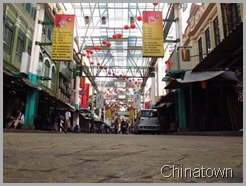 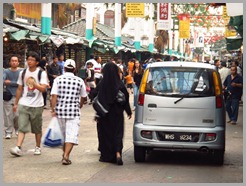 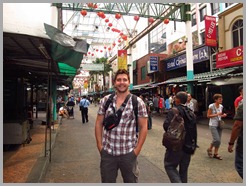 The street food there is again really cheap and delicious. Chinatown really comes alive at night time though with street vendors moving their “mobile shops” around to get a better spot to catch their prey.
The weather was unpredictable for the three days we spent there so it was hard to plan anything. We wanted to go to a water/adventure park one day but it was teaming down a lot of the day so we ended up not going.
We took a trip to see the KL tower as its called here. The KL tower finished construction in 1996 and until the Pedrona towers were built in 1998, it was the tallest building in Malaysia. Its currently the 5th tallest building in the world and bears a strong resemblance to the Stratosphere tower in Las Vegas! 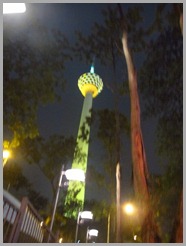 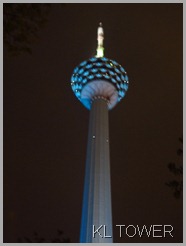 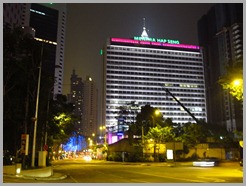 We didn’t go to the top of the tower for the 360 view of the Kuala Lumpur skyline. Instead we just nosed around at ground level and got a few photos of the pedrona towers in the distance. 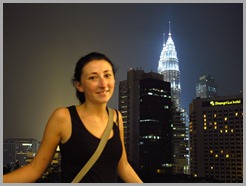 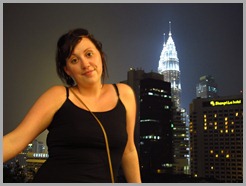 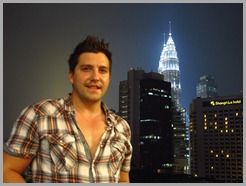 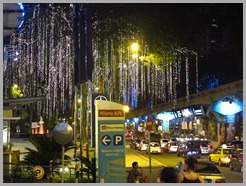 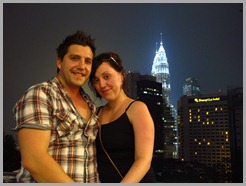 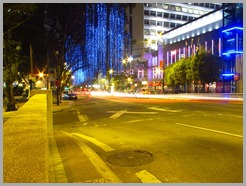 Overall, Kuala Lumpur is cool city. Plenty of culture to be found and even more nightlife, along with every type of food imaginable. The city is very easily navigated using a simple, efficient monorail system that would give the likes of the German transport system a good run for its money. We had no problems hopping from place to place and the locals were more than willing to help with information.
I’m typing up this blog on a flight from Kuala Lumpur to Phuket, Thailand. We will stay in Thailand until 8th August after which we fly to Brisbane, Australia.
We will spend one night in Phuket before heading to the islands on the East coast where the madness of the Full Moon Party will take place on July 17th.
I’m not liking the turbulence this flight is currently producing so I’m signing off folks!