The land of 17,000 islands as Indonesia is also know as is definitely worth a trip in itself. It’s a vast humongous country that sprawls between Malaysia and Australia, with the equator as its spine.
We landed in Bali late Sunday night with after a short 2.5 hour flight from Singapore. The girls had provisionally booked some accommodation in the middle of kuta(which is an extremely party animal part of Bali, we later found out).
So we left the airport and proceeded to go get a taxi. Now I’d my research done in regards to how much a taxi should cost from the airport to kuta so as not to get completely ripped off. As a westerner in these countries, all they see you for is a quick buck and they will try and do you one whenever possible. But at the end of the day, they will never refuse business, so its a matter of sticking your neck out as long as a giraffes and get a fair price.

Some of ye may be familiar with Kuta having maybe visited there but we really didn’t know what to expect. When the taxi dropped us about a few mins walk from where our hotel was meant to be located we were suddenly submerged in the equivalent of Ibiza in Europe, only this place was full to the brim with Aussies! 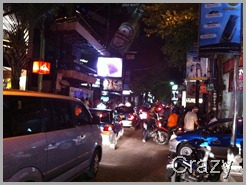 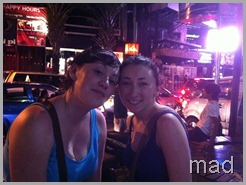 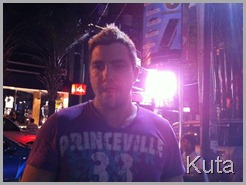 Now having never been to Ibiza I have no frame of reference, but this is what I’d imagine it to be only on an even bigger level.
We saw numerous girls unconscious from either drink/drugs or both, just lying on the streets. Because we had our backpacks on we were hounded with people asking us do we want a “room room” or “taaaaaxi”……while making the sign of driving a bike!.
It wasn’t the best time to be walking through the party capital of Bali at 12am on a weekend night we later found out!
Eventually after 1.5 hours of trying to find our hotel(it had recently changed ownership so none of the locals knew the new name) we managed to locate it via google maps. We were completely drenched with sweat at this stage as well as ship wrecked from the journey so finding the hotel was a very welcoming site.

The hotel was fine and only cost like $32 for the 3 our us. A big dirty cockroach greeted us when we sat down in our room but Flor soon put her foot down pronto. Its no secret that I’m very squeamish when it comes to stuff like that. I’d probably eat the things, but having them walk around the place would freak me the fuck out!
So the following morning I’d arranged to ring Gavin Gallagher(brother of Tom Gallagher) who lives on the east coast of Bali with his family. He wanted us to meet up when he found out we were going to be in Bali.
So we jumped into a taxi and an hour later we were out at the gates of his beach house! Words won’t do this place justice so I’ll go ahead and throw up a few photos to get the ball rolling….. 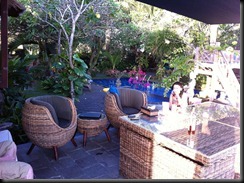 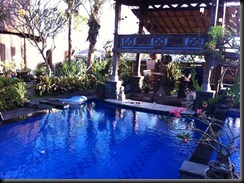 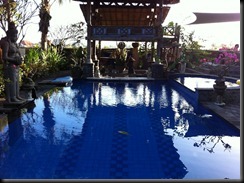 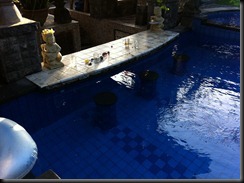 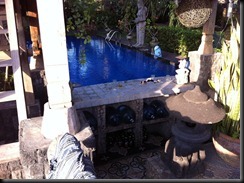 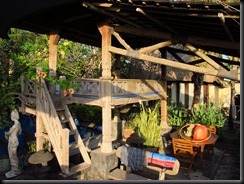 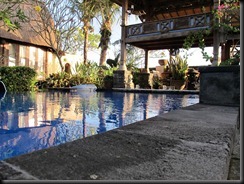 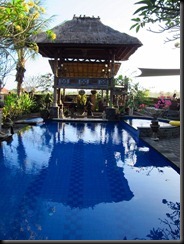 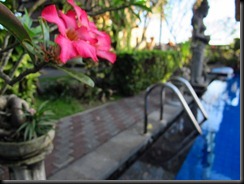 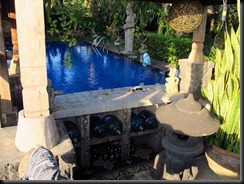 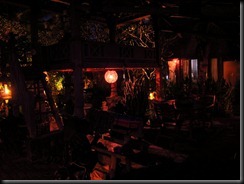 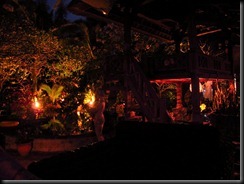 Within 10 minutes of arriving we were sitting at the poolside bar sipping fresh coconut juice! 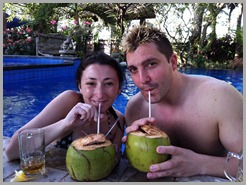 It really was a paradise location and a far cry away from the hussle and bussle of Kuta. None the less, Kuta for a group of guys or girls out for a serious partying holiday would be a dream as its dirt cheap over here along with a vibrant club scene thrown in.
So we stayed with Gavin and his family that night and they make us feel right at home. Needless to say we all got malogined on all sorts of cocktails by the pool, after his wife cooked up a seriously delicious meal of Red Snapper fish! Even Florence tasted fish for the first time ever and she thought it was lovely. I personally have never tasted fish as nice as this… 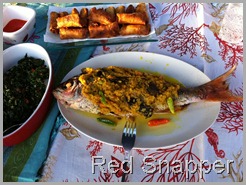 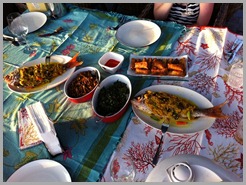 We then settled into a relaxing evening by the pool.…. We then left the next day with the kind offer to return whenever we like again. We were heading towards central Bali, to the area called Ubud. And thats where we have been for the past 4 days.
Ubud really is a gorgeous little town about an hour away from Kuta. Its a busy little spot but without all the crazyness of Kuta. Again the place is littered with Aussies, but it doesn’t have the crazy club feel to it. Instead there are plenty of bars, restaurants and whatnot to keep you entertained.

Florence and Aileen went and got their feet eaten by fish one of the days. Personally I don’t see the attraction of doing that. I’d eat the fish, rather than let them eat me like!

It really is extremely cheap over here. For example a packet of cigarettes cost $1.30!! Yes, crazy I know, and it would almost make a non smoker like myself start smoking!

I did however take advantage of the ridiculously cheap massages you can get over here in the numerous spa’s. You can’t walk 10 meters without been offered a massage.

The other day I decided to go and get one followed by a hot towel shave afterwards. The massage I went for was a traditional full body Balinese one which lasted 1 hour(you can get different types, all lasting min of 1 hour).

The total cost for the massage and shave was just under $10!

All the spa’s have the full works available that you’d get back home at a fraction of the cost literally.

pedicure and manicure with polish = $9

Ubud is also famous for its Monkey forest which is a sanctuary inhabited by a band of grey haired, greedy long-tailed Balinese monkeys who are far from innocent looking! The forest is located about a 2 minute walk from where we are staying so we ventured there a few days ago for a walk.

One monkey in particular didn’t like my hair and proceeded to jump on my head and rub a load of shit into it! 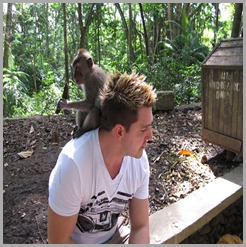 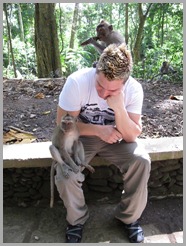 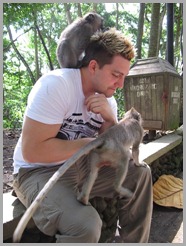 On Wednesday I got a bad dose of the scutters and was bed bound for 24 hours more or less. Im not surprised that I got sick as I’ve been eating all sorts of food since we left home. It was only a matter of time before I got caught!
So that brings me up to today, which is Friday 17th. We have a small volcano trek planned for the early hours of the morning, leaving at 2:30am so as to reach to top of the volcano by 6am for sunrise….should be cool photos from that hopefully.
The next few days will see us plan our trip to the Gili Islands which are also known as the paradise islands….more on that later. Also we will be looking to move on after we come back from the gili’s so we are thinking of maybe travelling west to the island of Java, which has the other major city, Jakarka. From there the island of Sumatra is just another ferry ride westwards….so we could visit there also.
For now folks, I’m off for another relaxing Balinese massage…..
Ciao!