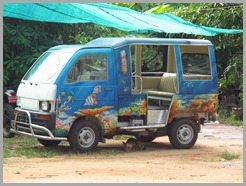 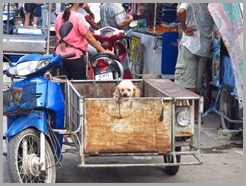 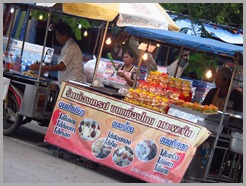 We left the East coast of Koh Phangan and went to the West coast for our final three days on the Island. We wanted to sample another part of Koh Phangan before we left. So Thongsala on the West coast was our choice. Thongsala is where all the boats to and from the island arrive and depart from. Its a nice spot and has some nice night time markets along with a few nice beaches.


We found a nice hotel right on the beach complete with swimming pool so we nested down there for the three days and we were happy out. All we did was rent a scooter and fly around the town, lazy by the pool and nose around the local markets.


I did come across a funny incident. Just next to our room there was this pig who obviously lived in the one bedroom apartment in which a local man lived. When we’d walk by we could see right in as the door was always open. And you could see the mental pig just slouched on the floor beside the bed, and your man lying on the bed hands behind his head as if it was only a dog!
I managed to get a quick video clip of the pig, who was very interested in me as I approached the gate.

The night before we left Koh Phangan we took a stroll to the local market for a few hours. There was one stall that had a selection of insects/cockroaches and other nasty bugs that you could buy to eat. They were all fried in some sort of oil I think in order to mask the taste. I said before I left Ireland that I intend on sampling a few creatures while in Thailand, and Bangkok especially(since they have the biggest selection I’m told). So I went ahead and tried some weird disgusting looking insects. 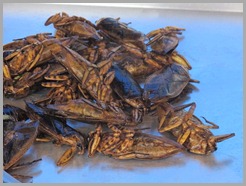 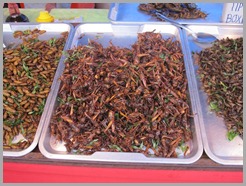 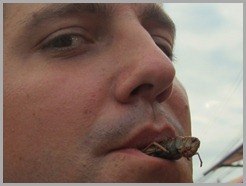 It tasted very salty and crunchy, and kind of reminded me of a salted peanut with the skin on it. Me biting and chewing away on the insect brought some smiles from the local men who obviously eat these things as delicacies and see it as no big deal! I got through most of the crunchy legs and back but couldn’t bring myself to chomp down on the head which contained the black gooey brains. I’ll have to leave the really crazy delicacies until Bangkok! 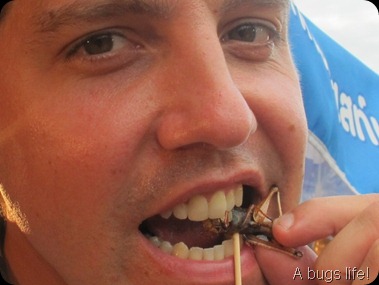 We said adios to Koh Phangan after a wonderful nine days there and headed by boat to the northern island of Koh Samui.
Koh Samui was one of the original islands that kicked off the mainstream backpacker migration to Thailand. There are plenty of international standard hotels to be found on the island along with a bucket full of backpacking amenities. Samui is a strong favourite for honeymoon couples not only because of the hotels, but also because of the crisp hidden beaches. 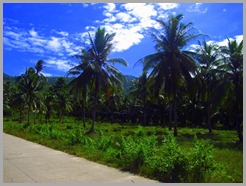 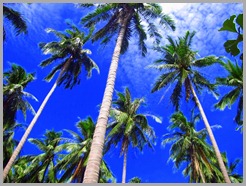 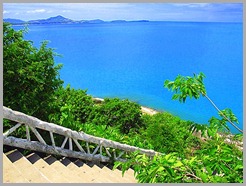 We headed for Lamai beach, which is a less crowded but equally as touristy part of the island as the famous Chaweng beach is renowned for. Lamai, like Chaweng is on the east coast of the island and is fully fueled with bars, restaurants, shops and a nightclub as well as the obligatory selection of beaches!


We’ve already spent three days here and its a really nice chill out spot. We rented out a scooter for the few days so far and made use of it, spinning around the excellent roads and enjoying the sun. Yesterday morning, we decided to hop on the scooter and hunt out a view point of the island. We found one very easily and after a tough climb up on the scooter to the top we were treated to a fantastic view of the south part of the island all while enjoying our breakfast at a restaurant which was built on the side of the mountain it would seem!


Flying along on a scooter is definitely a thrill for me and brings me back to the days when I first learned to drive a car. That sense of freedom comes flying back to me every time I hop on a scooter. I suppose this is mainly due to the fact that I never piloted a two wheeled vehicle before this trip. The price of renting a scooter for a day is 200bath, so about 5 euro for a twenty four hour period. A full tank of petrol costs 2.50 and lasts forever, so its an ideal way to get from place to place when sightseeing. Taxis are both expensive and extortionate for westerners I may add over here on the islands. 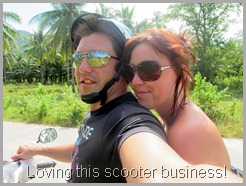 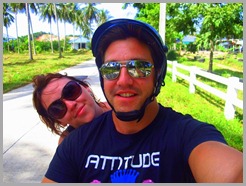 With less than two weeks before we fly off to Australia it looks like we’ll just spend the next week here before making our way to Bangkok to catch our flight to Brisbane on August 8th! We will more than likely move to a different part of the island before leaving as we want to see as much of it as we can.


One observation about Koh Samui is that the atmosphere feels very English orientated. Obviously a lot of Brits come here and they make up the majority percentage of the tourist numbers on the island. The atmosphere also reminds me of that in Phuket, with a large number of he/she’s about the place. That may seem standard since its Thailand after all, but we didn’t see one he/she while in Koh Phangan. Well, just because we didn’t see any obvious ladyboy’s doesn’t mean there weren’t any, just that they weren’t in the same quantity as here in Koh Samui!


I also came across an interesting article which listed the main reason’s why people move off of Koh Samui;


1. Got lost too many times as the island has no street signs.


2. Blew their retirement money of flights on Bangkok airways and Samui taxis, along with endless shots of tequila at the endless amount of bars.


4. Your ex-wife says all is forgiven – come home!


6. Your dreams of a Koh Samui real estate empire crumpled by reality.


8. Met sexy toothless bargirl at Lamai’s world famous happy bar and bringing her home to be your wife! 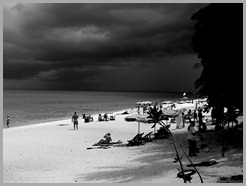 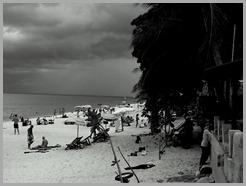 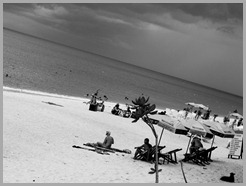 To sign off I’ve included another video montage of the few days in Thongsala and the first few days here in Samui.