Its been a rollercoaster of a week since we left Australia to say the least. At this stage I’m very grateful to be still travelling.


To continue from where I ended the last blog entry, I managed(only just) to make my way from Brisbane to Bangkok without a wheelchair. The pain in my left leg was the worst kind of pain I’ve ever endured, and only for Florence who was able to help me hobble along the terminals in the airports in Brisbane, Kuala Lumpur and Bangkok, I honestly don’t think I’d have made it.


It was obvious by the time we reached our hotel in Bangkok that I needed urgent medical help in order to keep the trip alive. We had two days of a wait in Bangkok before my cousin David Donnelly was flying out to meet us for a week in Phuket. So the plan was to rest up in bed for the two days and then get to a hospital in phuket. 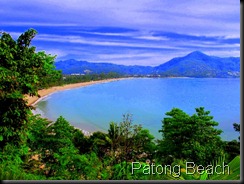 We flew down to Phuket last Friday week after meeting David in Bangkok airport, and headed to Patong beach, where we already had spent a few days earlier in our trip.
After we got settled into a nice hotel just off the beach the first port of call was to get to a hospital, which ended up been in Phuket town (about 25 mins away) from Patong.
Before I go any further, I would like to say just how unbelievable the services were in that hospital. The standard was obviously to international requirements etc, but everything from the staff to decor was out of this world.

So I got seen by a G.P who then immediately referred me to the physiotherapy rehab section of the hospital where I got over the course of the week six physio sessions, drugs, x-rays, and a pair of crutches which totalled to 200 euro! I also got seen by a specialist who checked my x-rays and informed me that the pain I was suffering wasn’t from any spinal damage and that it was just a muscular/nerve impingement that more than likely came about from heavy lifting at the gym. Although I did slip coming off a train a week prior, and came down hard on my heels, but I didn’t feel any pain at the time. 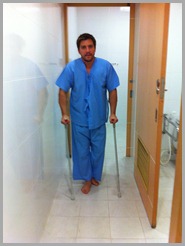 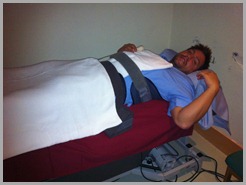 Anyways, to make a long story short I responded well to the treatment after two days that I didn’t need the crutches anymore and was able to hobble around without too much pain. The spinal traction and ultra sound treatment must have released a lot of the pain and that combined with the dry needling definitely took away a lot of the agony.


So as it stands now

the trip is still on and even though I definitely can’t move around quick I’m still able to get along and the auld wooden leg is still up for continuing.
That’s enough about the leg. Back to the week we spent in Patong with David. The weather was the hottest we’d experienced since starting our journey back nearly four months ago and needless to say we loved it. 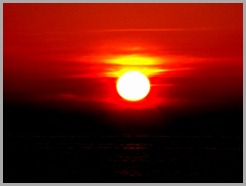 The first night we arrived we ended up getting wasted on buckets of shots in some 24 hour bar ran by an English guy and his Swedish wife. It’s supposedly the only 24 hour bar in Patong and we tried to see if it was by drinking there until 5am! Drunk wasn’t the word!


The second night was continued in similar fashion except Florence didn’t feel like coming out so myself and David proceeded to visit a Ping-Pong show which wasn’t as good as the one I went to last time we were here. In saying that we got smashed off our faces on local Singha beer coupled with the odd sprinkling of shots here and there to mask the taste of the beer 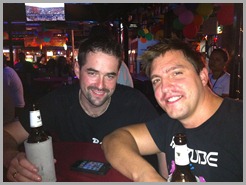 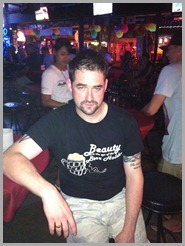 That was the last of the drinking for the week as the heat combined with potential hangovers didn’t make sense, especially when David was just out here for a week.
We rented out scooters for the week which allowed us to belt away whenever we wanted and not worry about walking around the place all the time. One of the days, the three of us took a spin up to the big Buddha statue on top of one of the mountains. This thing was massive and can be seen for literally miles in either direction. Its a place of worship and has a lot of stalls and markets there as well as a temple with monks handing out blessings as if they were going out of fashion.


The following day myself and David took off again for a long spin up north from Patong. We just rode along the coastline stopping here and there for the odd coffee and photography. Along the way we passed a good few bustling villages which gave a nice glimpse of the non tourist parts of the area. Stunning scenery the whole way. We wanted to see a waterfall along the way and when we got to one we found it was a 2km trek to get to it, so we manned up and hopped back on our scooters and headed back to Patong

! Fecking leg isn’t that good like!
Koh Phi Phi was a tour that we had planned to do on this trip as its where a lot of people talk about when they visit Thailand. The film “the Beach” starring Mr.Dicaprio was partly filmed on a part of it called Maya beach. 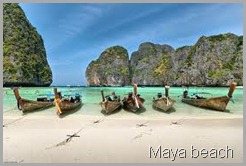 This is not my photo by the way, as our tour boat didn’t bring us to land on the beach due to tide restrictions at this time of year. Very disappointed we were to say the least but we did get a look at the beach from a distance and it looked stunning.
Our boat brought us to a a few islands as well as Phi Phi, namely monkey island and Ki island. 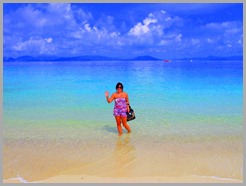 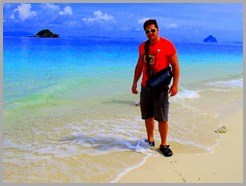 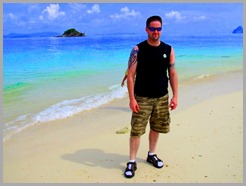 It’s interesting to know that the island of phi phi was more or less completely devastated as a result of the 2004 tsunami. But since then its been more or less rebuilt. Hard to imagine what it must have been like on a tiny island like that when the tsunami hit. 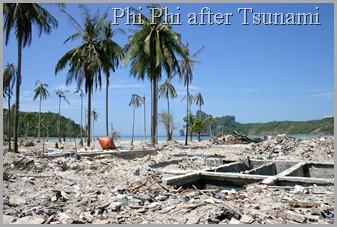 Monkey island was a little cove where monkeys came down when the long tail boats dropped people off to feed them. Flor and David opted to take a swim and snorkel, while I went to get some monkey snaps.


Florence tried her hand at one of these “leisure dives” that are taking the internet by storm. 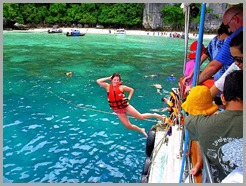 ……and David got eaten by some plant while out galavanting in the water…. 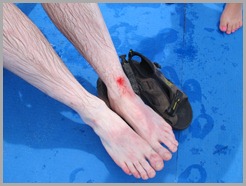 The tour was only a one day tour as we didn’t fancy spending two days on phi phi with our time frame. But one day was plenty, if only we could have landed/seen maya beach up close, then it would have been perfect. 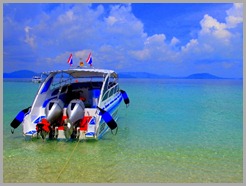 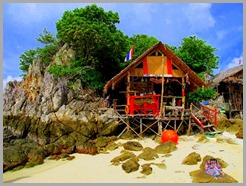 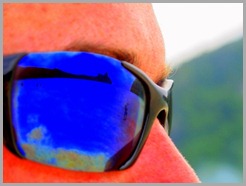 We got fairly toasted during the course of the day as we opted to sit out on top of the boat. The cool breeze was a killer as the wind burnt us just a tad! 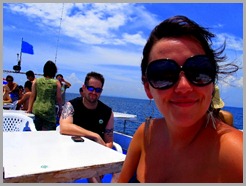 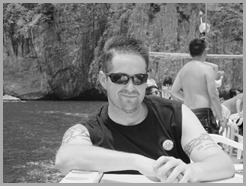 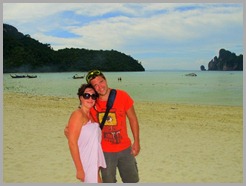 Phi Phi is obviously a stunning island and if you ever get near it, then its definitely worth seeing. Its a real relaxed island with a chill out vibe that reminded me of the gili islands off the coast of Bali, Indonesia. 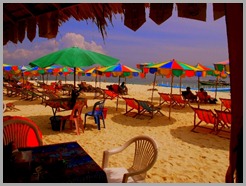 So after Phi Phi, it was time to fly back up to Bangkok as David was flying back home and we had to plan the second part of our journey.
So here we currently are in Chinatown, for a few days while we get our visa’s sorted for Laos, Vietnam and Cambodia. Its very smelly, sweaty and drizzling at the moment and a far cry from Patong but we love it. Hey, I’m just glad to be able to continue with my travels and for that I’m very thankful!


I’ll leave ye with my favourite photo I’ve taken in the past week…. 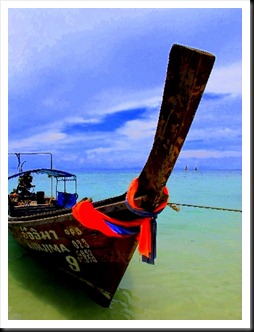