Well its been a rollercoaster of a three months and we got back home yesterday, much to the surprise of our family and friends. We had told them all along that we would be home on the 23rd April, so you can imagine their surprise when we showed up out of the blue.

We left Kampala Sunday week and instead of travelling the way we came, we decided to go a different route and one that didn’t take us five days! The route went Kampala, Nairobi, and then Arusha. It took 21 hours straight and involved three different countries(Uganda,Kenya and Tanzania) and two border crossings.

We arrived in Arusha and stayed in the same hostel we were in for the first half of our trip. We wanted to revisit and surprise the pupils and teachers in Meru view school, but when we arrived we found out that the school was on a month long Easter break, which was a pity. But we soon found ourselves another project to dig into for a few days; namely “Future Happiness”. This is an orphanage/home/school in which fourteen girls from the age of seven to thirteen live and learn some education. They are looked after by a local lady who uses here home to care for them. The set up is excellent with the girls having a great loving place to live and a simple but effective classroom in which to learn in. They have a teacher who comes by for a few hours each day. We met up with this wonderful girls everyday for a week and had such an amazing time. They are so respectful and gracious for what they have in life and for the opportunity of living in a home that has structure and substance. It would be very easy to think if you visited the orphanage and didn’t know it was indeed an orphanage, that its a loving home where the mother has fourteen children. It really is an amazing set up and compared to other places we’ve visited and heard of, the children in Future Happiness are very lucky.

Funding for the project is in the form of sponsorships from people all over the world, who has visited and wanted to help. The money is been used in the correct manner and the girls are really having a chance in life.

During the week we visited them we created a few mini projects for ourselves to do during the evenings at the hostel. We created the Alphabet on cardboard and glitz them up with stickers and colours before getting them laminated so that they would last. They were very pleased with this addition to their classroom wall. We also got a recipe for making cookies using flour,sugar,jam, and butter, and we spent one afternoon making cookies with them, which they absolutely loved doing. We also arranged a day out for them in which we hired a mini van(dala dala) and took them all out for a buffet style dinner a walk around a park. This was a very rare treat for them to all get outside the confines of their school/orphanage. You could really see that they were so excited about going for a spin in a bus.

We said our goodbyes to them last Sunday and boarded a bus headed for Dar Es Salaam which was a ten hour journey away. We wanted to head to the Zanzibar Islands before we left Africa. Zanzibar is located off the coast of Tanzania and can be reached by ferry, which we took early Tuesday morning. The ferry took a nice short two hours and were looking forward to two days of relaxation at the beach. Zanzibar as you can imagine is all white sand beaches and gorgeous blue skies. It really seemed like paradise to us. Unfortunately for me and because of the larium, I was unable to go out in the sun for long. But still, this didn’t dent the fact that we were in an exotic location. I could go on describing Zanzibar but I’ll let the photo’s below describe the setting.

We left Zanzibar Thursday morning headed back to Dar es Salaam. We went to the airport and boarded first of three flights back to Dublin. Our route was Dar to Doha(Qatar), Doha to Gatwick, and Gatwick to Dublin via Qatar Airways, which may I add was like a 5 star hotel with wings! On the plane I felt like Tom Hanks in that movie “Castaway”, after been away from technology and comforts for years. I was a child in the plane…touching buttons and laughing at the fact that everything was so clean.
The total trip back to Boyle including the train from Dublin took thirty six hours. But it didn’t seem long at all. By that stage we were well accustomed to travelling long hours.

Below are a few photo’s from when we arrived back in Arusha and also a few from Zanzibar.

When I get settled in a day or two I’ll post my final update on the Trip with my thoughts about my three months in Africa. 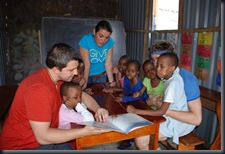 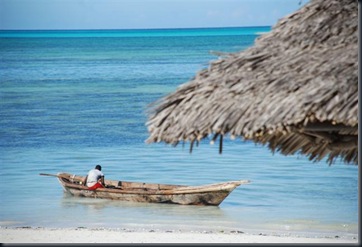