We’ve been in Kota Bharu, since we got back from the Perhentian Islands on Monday. Its now Thursday and we are finally leaving tomorrow. The reason why we ended up staying all four days here was simply because I’d problems with my online banking with Bank of Ireland, which prevented me been able to book flights on my credit card. That combined with the fact that all the trains to Kuala Lumpur were completely booked out until Friday meant we were faced with sticking it out here for a few days.
Kota Bharu isn’t a bad city, its just not a very exciting one. Its main tourist attraction is that its a stop over place for backpackers going/coming from the Perhentians. Its 100% Muslim here, so all the women were the hijabs around their head and there’s strict segregation between the sexes which can be seen in the queues in the shops. 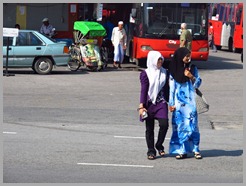 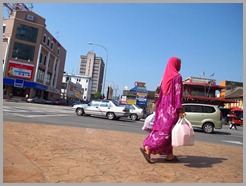 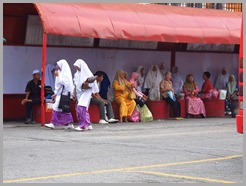 Also there’s not one drop of alcohol to be found in the city. I mean zero. Although, legend has it that the Chinese in the city would be able to silently get you some at the right price! So no alcohol in the city means zero bars and zero nightclubs. I don’t think I’ve ever visited a city in which the evidence of the religion was as apparent as here.
I can’t get used to having to take off my shoes before I enter shops. I plough in as normal and the lady in charge nearly faints when she sees the size 11 trainers in front of her. With that she orders me out and tells me to take them off.
Again the locals are very friendly. We get the distinct impression that they are a lot more amused by westerners here compared to other places. But in saying that its a very cultural experience. However, that’s where the culture ended for us as we are staying in a nice little hotel room for twenty euros for the room, complete with freezer like air con, T.V, hot showers, fridge and the occasional creepy crawly! 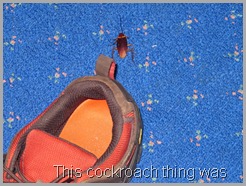 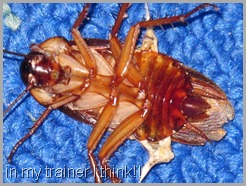 The city has a Pizza hut and McDonalds just around the corner from us so we sampled the cuisine there a few times and it was your typical franchise standard as expected like home. The one big difference though was the price! Check this out, two LARGE Big Mac meals and McFlurry ice-creams for 5 euro!! I’m Lovin it!!
So the price of food here even in western cafes and eateries is disgustingly cheap. The food is quality and even clothes in the shopping centres have rock bottom price tags. The city is literally covered with Jewellery shops, opticians and shoe shops. And the rats come out in forces that have us all freaked. Big dirty swollen fat rats. The city comes alive with them as soon as the sun starts to disappear.

As far as sights go there are none here. Not unless you like museums and a few temples(which we do not). The one interesting thing this city offers is a vibrant open market which the locals trade from. This we visited one of the mornings and it was very cool. The photos are really colourful with all the variety of fruits and vegetables on display. There was however a really pungent smell of fish, mixed with the heat of the day and combined with the apparent lack of hygiene. Flies hatching their eggs on the chicken meat in sauna temperatures just cannot be ideal conditions! I learned a valuable lesson In Kenya about eating unrefrigerated liver two years ago, and this sight brought back a few not so pleasant memories!


Yesterday I spent a while walking around trying to get a few photos, but I felt very conscious of the locals eyeing me up whenever I took out the camera. I did get a few snaps, but the heat was such that my planned walking tour only last about an hour or so before I retreated to the comfort of some air con. 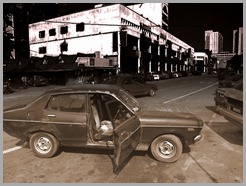 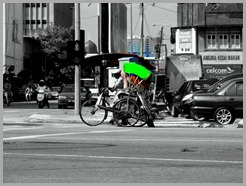 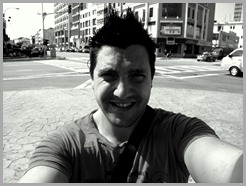 We really had nothing to do for the past few days here so we’re itching to get going. The beach was only a ten miles away but since its frowned upon to sunbathe there by the locals we didn’t bother going.
Thankfully our train departs for Kuala Lumpur tomorrow evening(Friday). We’ve booked 3 single berth cabins for the overnight thirteen hour journey which will take us back through the jungle rainforest before we arrive in Kuala Lumpur Saturday morning. 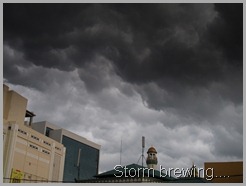 So that’s it from Muslim city folks. I’m off to have a nice tall glass of “shut the hell up” juice.